The National Council of Women Australia applauds the commitments in this new plan to strengthen policy and programs outlined at the launch of the National Plan to End Violence Against Women and Children (2022-2032) on Monday, October 17th 2022. The Plan shows a bold commitment to end violence against women and children in one generation across the four domains; prevention, early intervention, response and recovery and healing.

NCWA recognises the immense positive change in community attitudes towards violence against women, domestic, family and sexual violence since the first plan was launched by Prime Minister Julia Gillard in 2010. We, however, know that these attitudes and awareness must now transform into action.

The plan recognises the impacts of complex and multi-layered intersectional differences on the prevalence and drivers of violence in the community and directly focuses on “centring victim-survivors” in planning appropriate prevention, early intervention, responses and recovery.

NCWA acknowledges the actions and advocacy of our individual and member organisations over many decades. We recognise the collective contributions of the whole community for their ongoing commitment to the changes needed to eliminate the scourge of domestic, family and sexual violence in one generation.

“We must recognise the work that laid the foundations of this plan and also the champions of change in our communities; especially the men and women, community leaders, business and industry, governments and support sectors. We all have a role to play to finally eliminate violence against women.”

National Council of Women Australia are committed to supporting and advocating for evidence-based policies and programs and playing an active role in monitoring the progress across the two five-year action plans.

NCWA further commits to contributing the voices of the thousands of women across our 170+ organisation members of the National Council of Women Australia and Constituent Councils Australia-wide to the ongoing work outlined in this National Plan to ensure that success is the only outcome.

To read the National Plan and find out what your role can be, please see here: https://www.dss.gov.au/ending-violence

PDF version of the above statement is below. 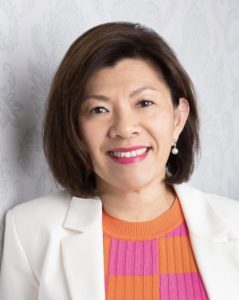 ICW Statement to Mark the International Day of Peace