The 16 Days of Activism against Gender-Based Violence

The 16 Days of Activism against Gender-Based Violence is an annual international campaign that kicks off on 25 November, the International Day for the Elimination of Violence against Women, and runs until 10 December, Human Rights Day.

The campaign was started by activists at the inauguration of the Women’s Global Leadership Institute in 1991. It continues to be coordinated each year by the Center for Women’s Global Leadership. It is used as an organising strategy by individuals and organizations worldwide to call for the prevention and elimination of violence against women and girls.

In support of this civil society initiative, the United Nations Secretary-General launched the campaign UNiTE by 2030 to End Violence against Women, which runs parallel to the 16 Days of Activism.

The NCWA States and Territories of Australia will share their activities, partnerships and support over the coming weeks, and we ask you to get involved and unite! 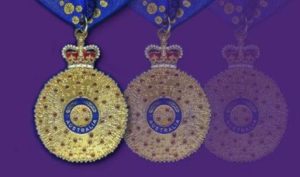 NCWA members awarded for their long service to women and community